During the 1840s, a 20′ x 36′ building was erected on the lot facing Franklin St, overlooking railyard and tracks that ran diagonally through downtown. 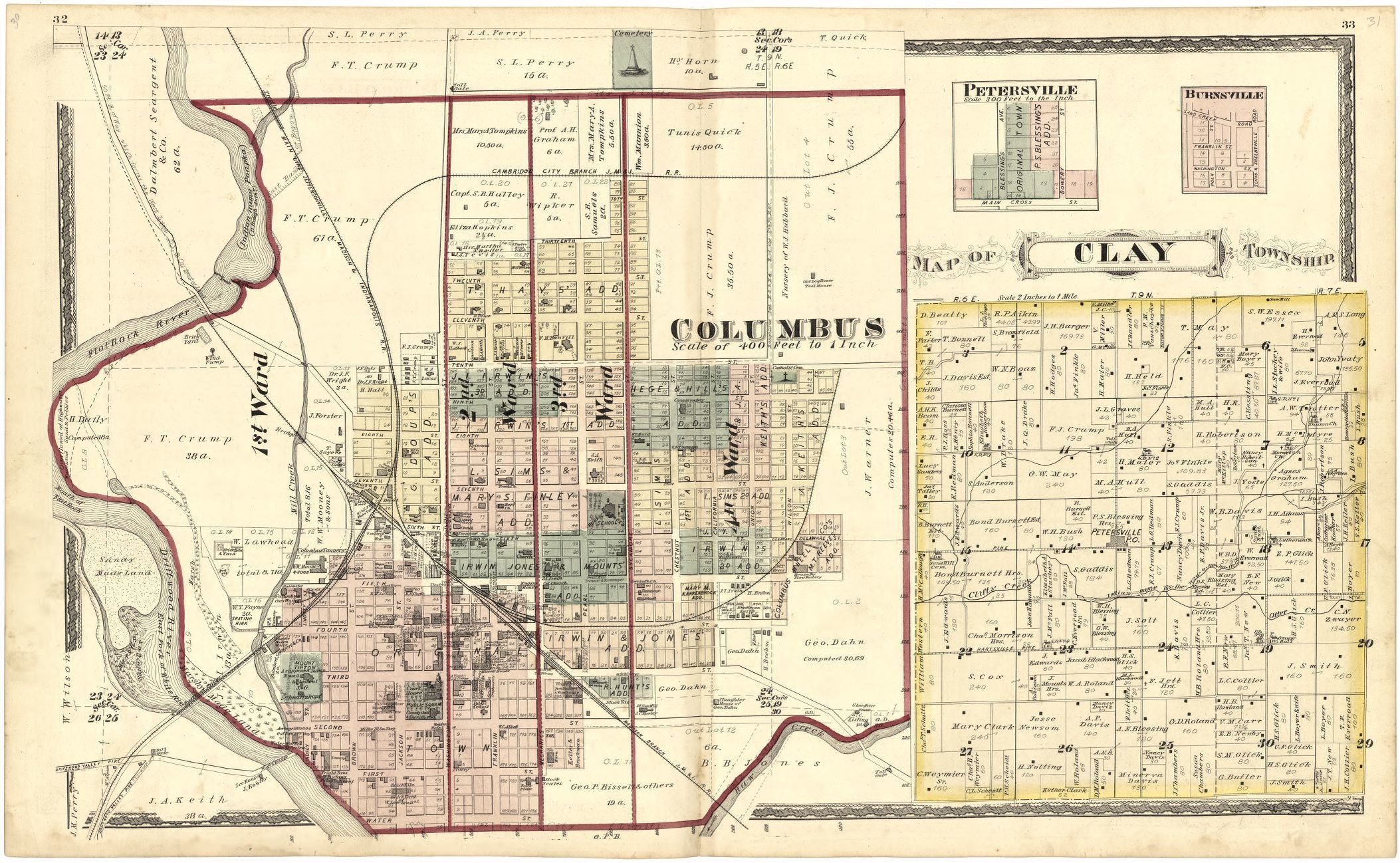 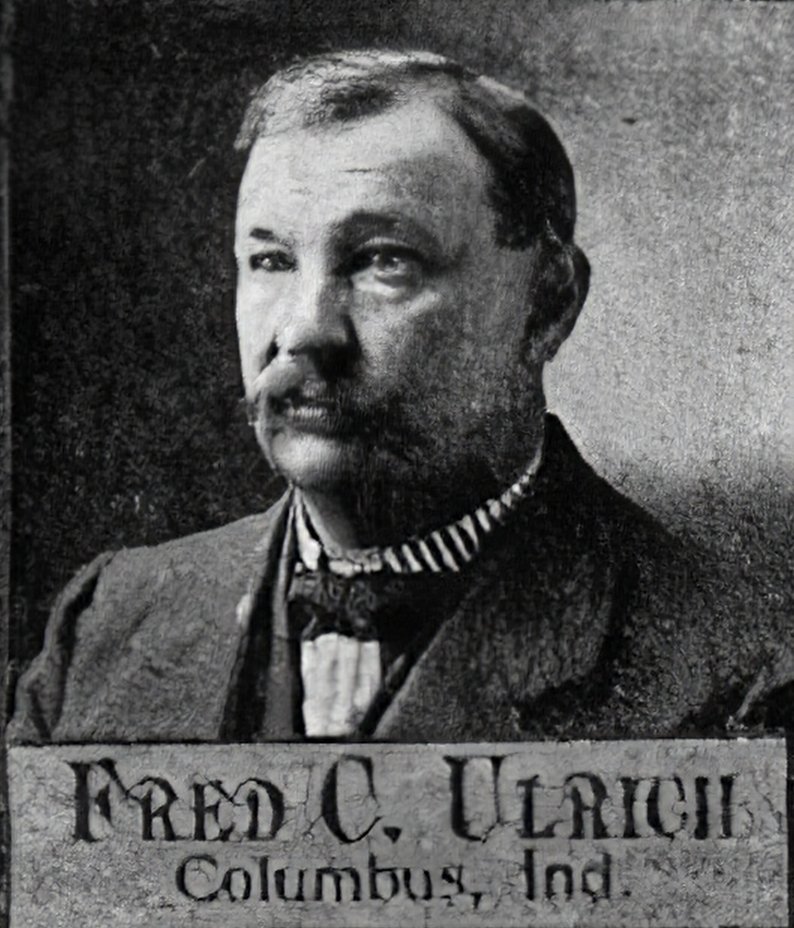 In 1856, a German baker named Frederick Ulrich bought the building and land for $2325.00. Ulrich’s Bakery was housed in a two-story extension that he built to the west of the original building. Another addition was added to the north side as well. The iron stairs and balcony on the Franklin street-side date from the 1850s.

During the Civil War, Ulrich had a contract with the U.S. Government to bake bread for the Union Army. The bread was baked in 12′ deep brick ovens with cast iron doors. 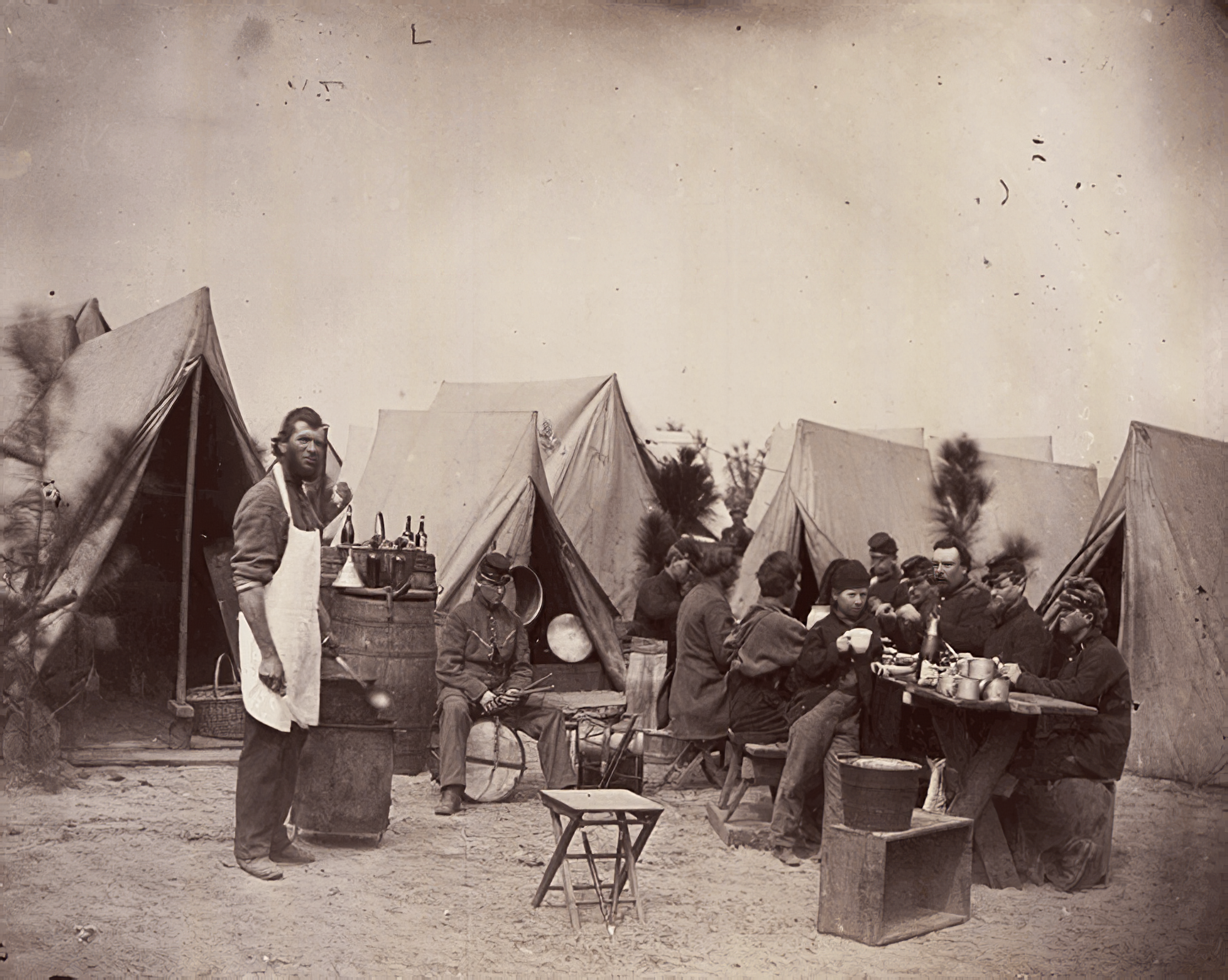 Both the original building and the extension had a similar look and feel, reflecting the Federal style of architecture, popular from the 1830s to the 1860s. Some characteristics of the Federal style were smooth facades, plain stone lintels, and low-pitched gabled roofs.

In 1891 Ulrich made extensive modifications to the building’s roof and facade, adding decorative elements of the Italianate Style of architecture to the building’s Federal style. Decorative columns and pilasters were added to the 4th Street side, as well as ornate sheet metal window hoods that topped the second-floor windows and a sizeable half-circle lunette inscribed with “A.D. 1891.” 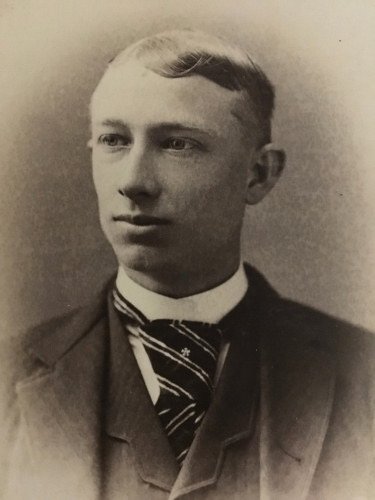 George Schwartzkopf and John Schaefer purchased the building from Ulrich in 1910.

From the 1920s to 1930s, the building was abustle with commercial activity. The west end of the building housed an auto repair garage. 434 to 436 4th St. was occupied by Frohman’s Grocery until the late 1950s. In the early 1920s, Metzler Bakery leased 438 4th St., followed by Leuchter Bakery later in the decade.

After WWII, the storefront and metal cornice at 430 4th St. were replaced with a diagonal recessed entry and a “modern” aluminum door. 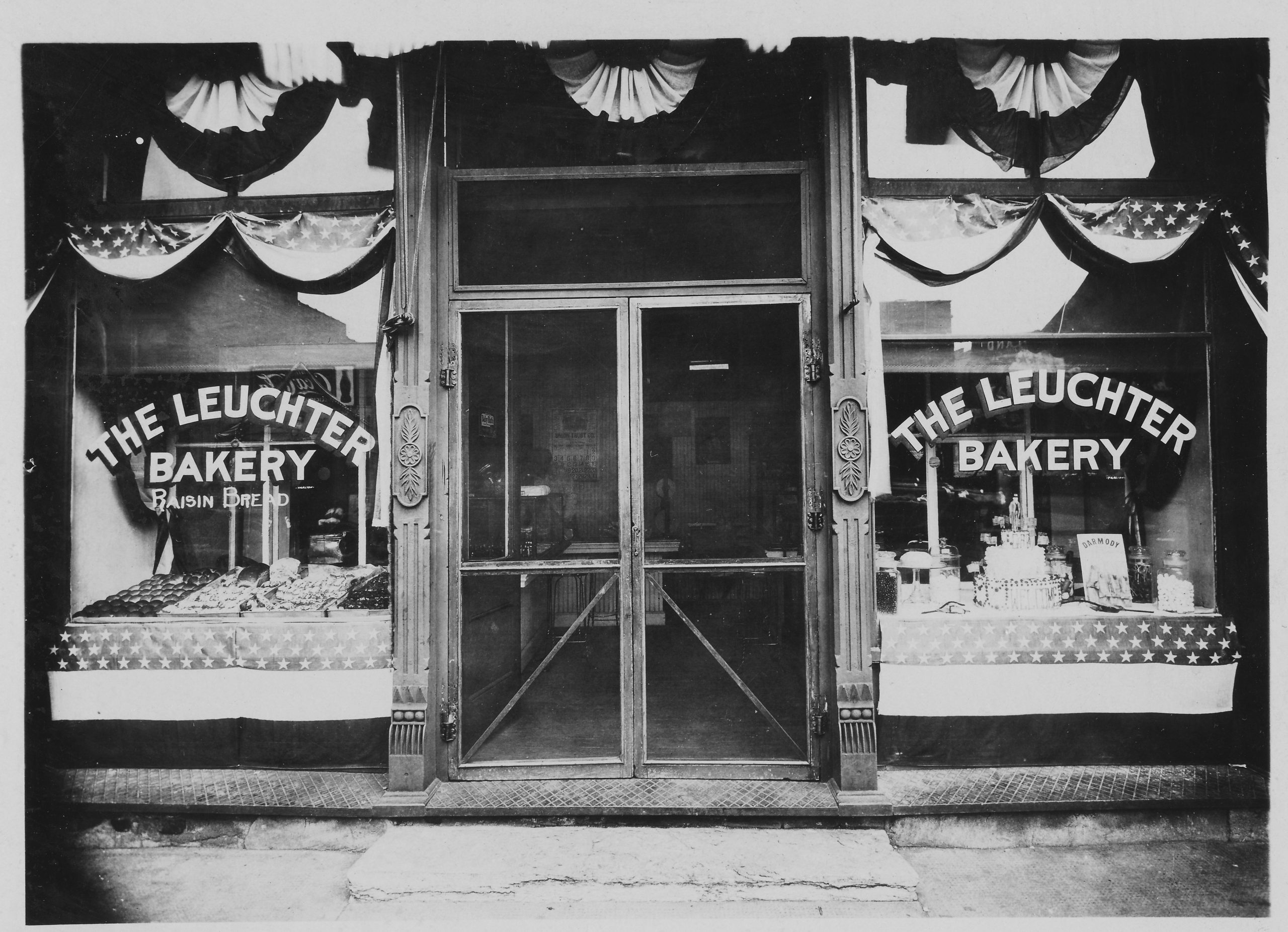 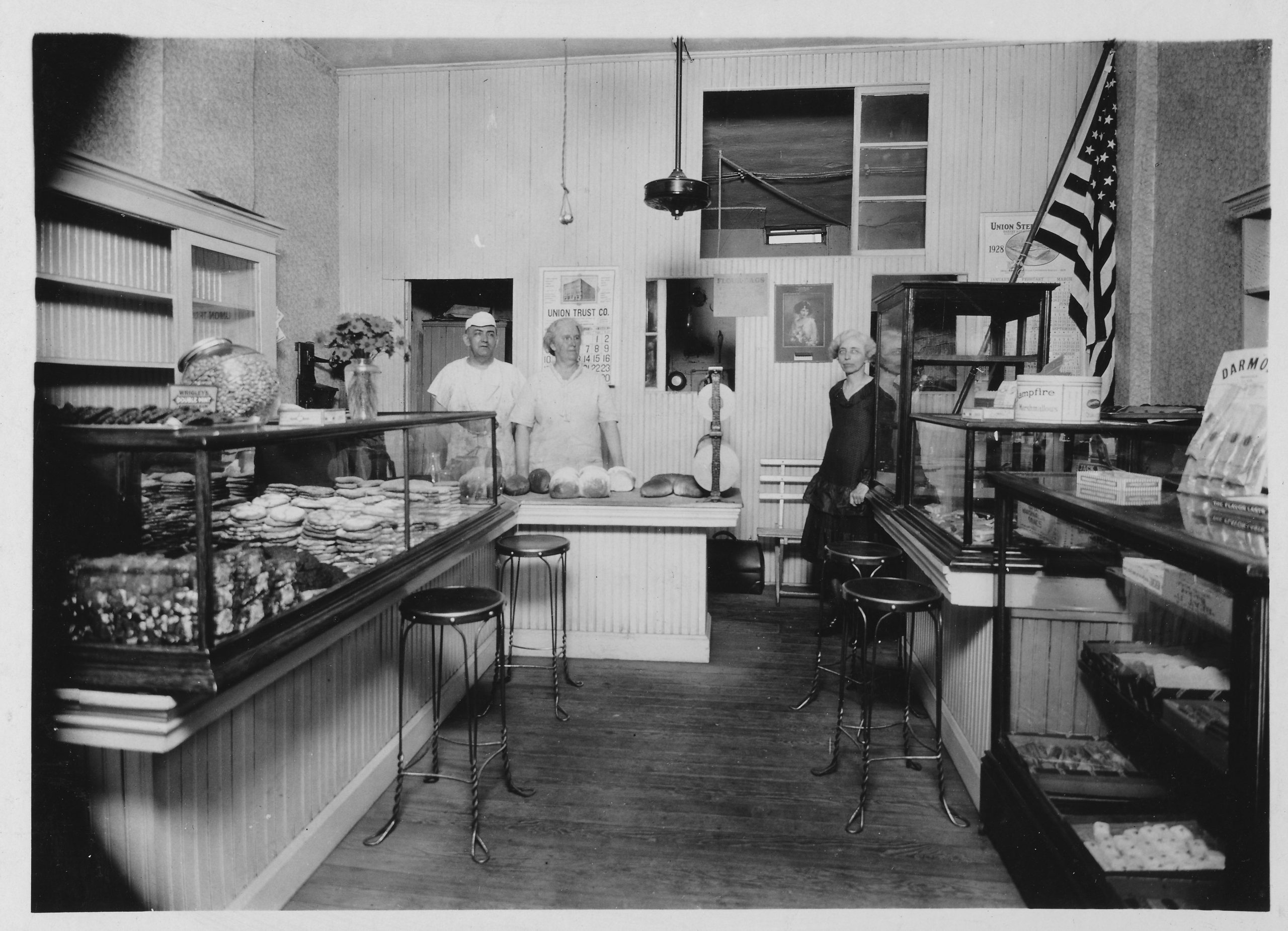 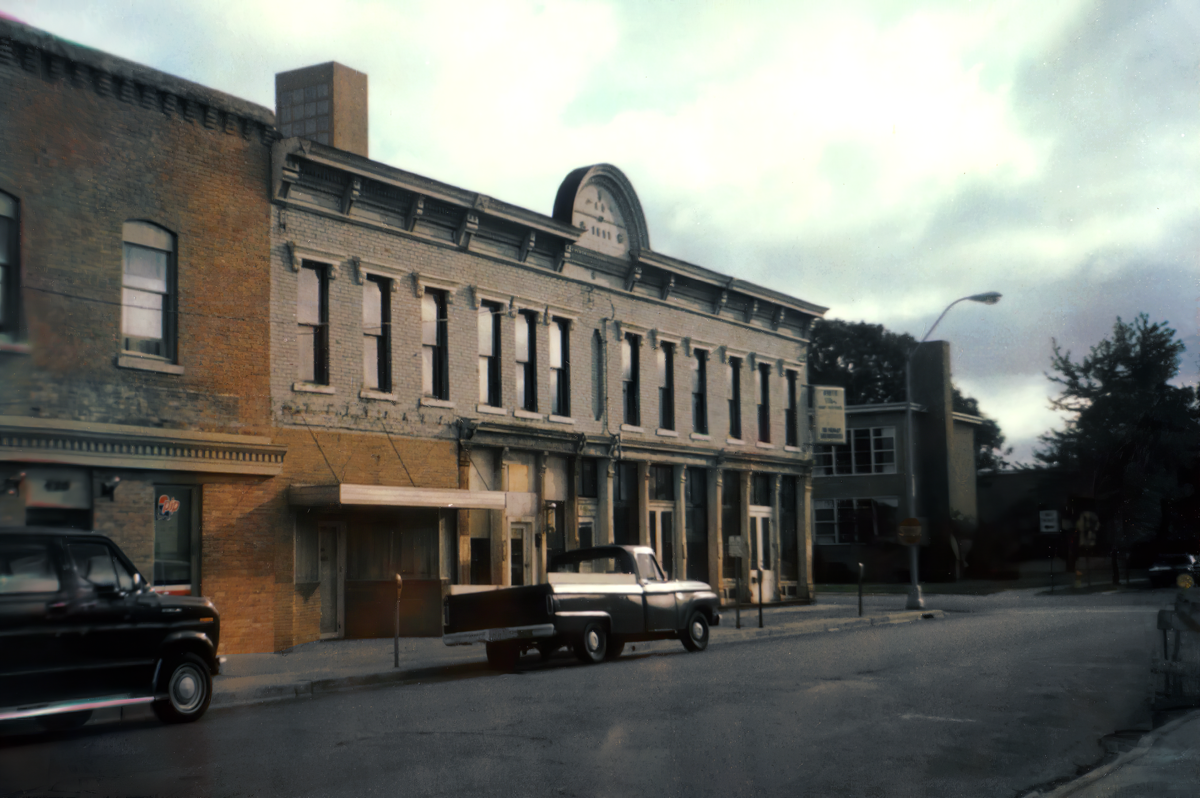 In 1980, Clarence Schwarzkopf, the Grandson of George Schwarzkopf, purchased the property.  In 1983, Randy Scheidt and Scott Owens offered to renovate the building in return for a fifty year lease. Schwarzkopf agreed.

By the early-1980s, the exterior of the building was in a severe state of disrepair. It was then that Randy Scheidt and Scott Owens of R & S Landmarks launched a major renovation project to rejuvenate the facade and entire interior space. Before that, the most significant renovation occurred during the improvements mentioned above in 1891. 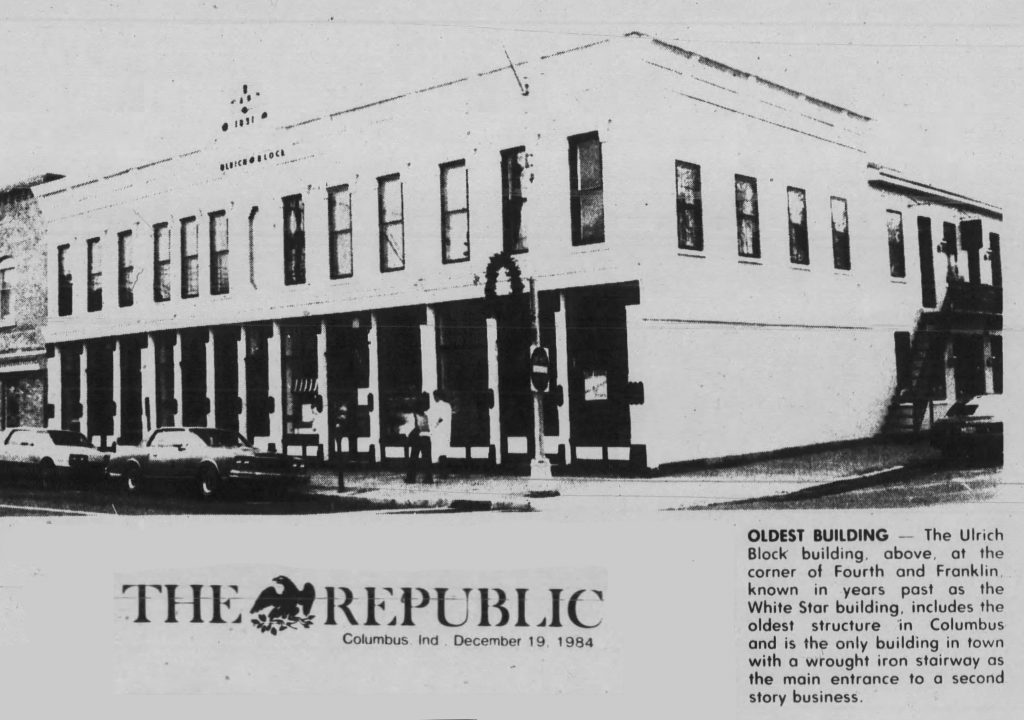 R & S Landmarks hired architect A. Dean Tayler to lead the restoration project in 1984. He wrote that the restoration’s purpose was to return the street facades to their turn-of-the-century appearance tempered with consideration for long-term practical use.

The iron balcony and staircase that was part of the building facing Franklin Street when it was built had been used for years as a fire escape on the back of the building. During the 1984 renovation project, it was returned to its original location. Cast-iron columns and pilasters salvaged by Irwin Management from the Commons redevelopment area were used along the lower-level exterior on Fourth Street. Several of the column’s medallions needed to be replaced and were recast by Cunningham Patterns. The original double exterior doors were replaced with replicas. A new addition was also added to the rear of the building. The entire interior space of the 1st and 2nd floors got remodeled  as well.

For close to forty years, Don R. Scheidt & Co. occupied the second floor, while various other businesses have leased the ground floor spaces.

This Republic newspaper article from December 1984 highlights some of the downtown renovations that were happening at the time and includes the Ulrich Block renovation. You can read the entire full-page spread by clicking the button below.

The Ulrich Block by Dody Harvey

The Complete Directory of Bartholomew County 1903-1904 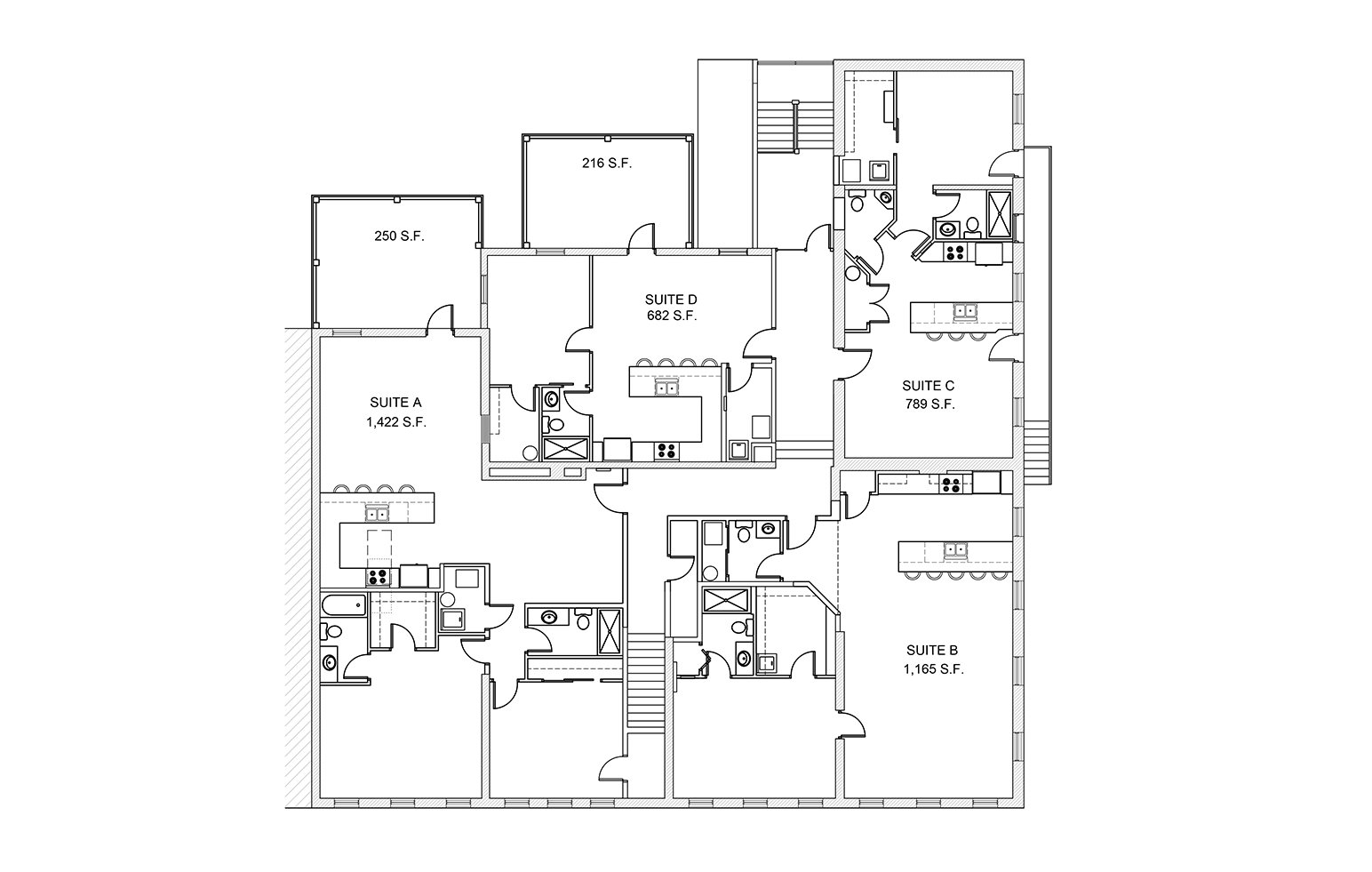