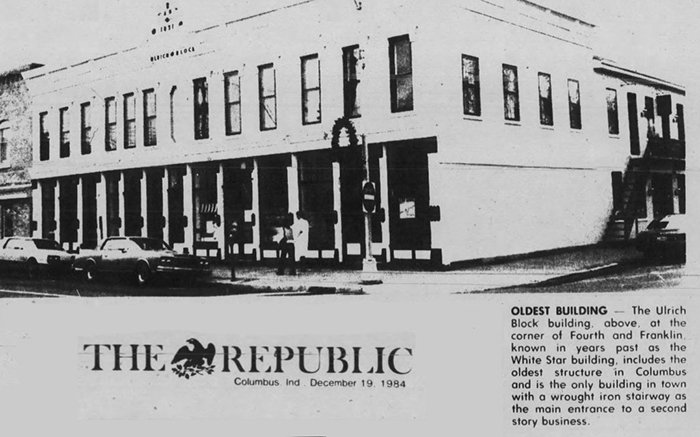 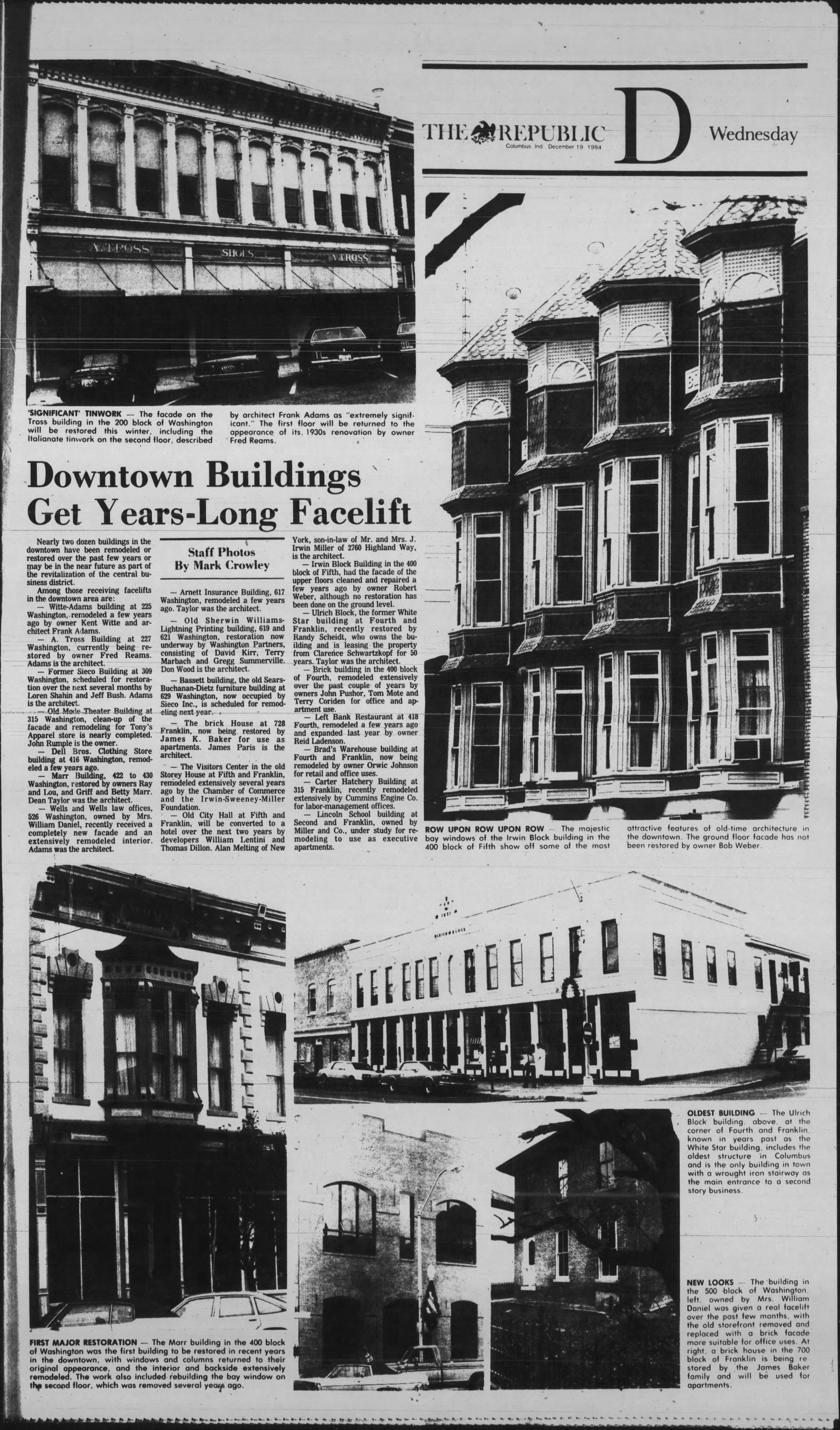 Nearly two dozen buildings in the downtown have been remodeled or restored over the past few years or may be in the near future as a part of the revitalization of the central business district.

Among those receiving facelifts in the downtown area are:

The majestic bay windows of the Erwin block building in the 400 block of fifth showoff some of the most attractive features of all time architecture in the downtown. The ground floor for sod has not been restored by owner Bob Weber.

The Ulrich Block building above, at the corner of fourth and Franklin, known in years past as the white star building, includes the oldest structure in Columbus and is the only building in town with a wrought iron stairway as the main entrance to a second-floor business.

The Marr building in the 400 block of Washington was the first building to be restored in recent years in the downtown, with windows and columns returned to their original appearance, and the interior and backside extensively remodeled. The work also included rebuilding the bay window on the second floor, which was removed several years ago.

The building in the 500 block of Washington, left, owned by Mrs. William Daniel was given a real facelift over the past few months, with the old storefront removed and replaced with a brick façade more suitable for office uses. At right a brick house in the 700 block of Franklin is being restored by the James Baker family and will be used for apartments..