A Historic Building in Columbus, Indiana

In 1827, The tract of land where the Ulrich Block building now sits sold for $25. During the 1840s, a 20′ x 36′ building was erected on the NW corner of 4th and Franklin Streets, facing Franklin St, overlooking a railyard and tracks that ran diagonally through downtown. In 1856, baker Frederick Ulrich bought the building and erected the structure facing 4th Street.

The Ulrich Block building is one of the oldest still-standing structures in Columbus, Indiana. It is an integral part of Columbus, Indiana’s early history, and part of the Columbus Historic District. 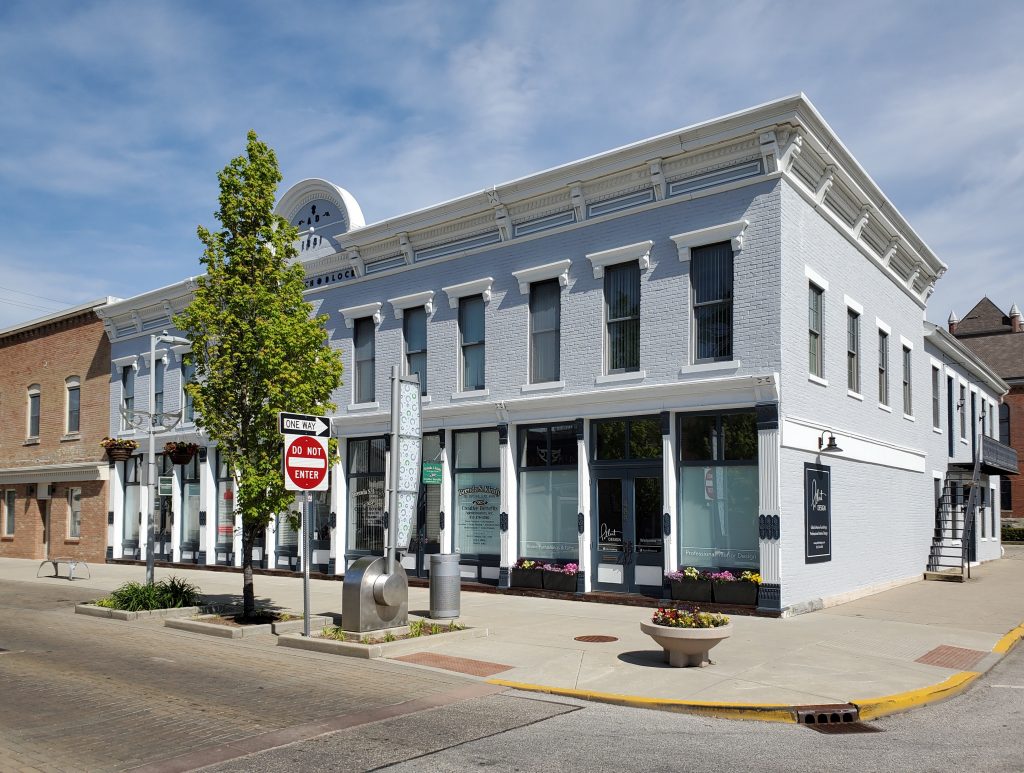 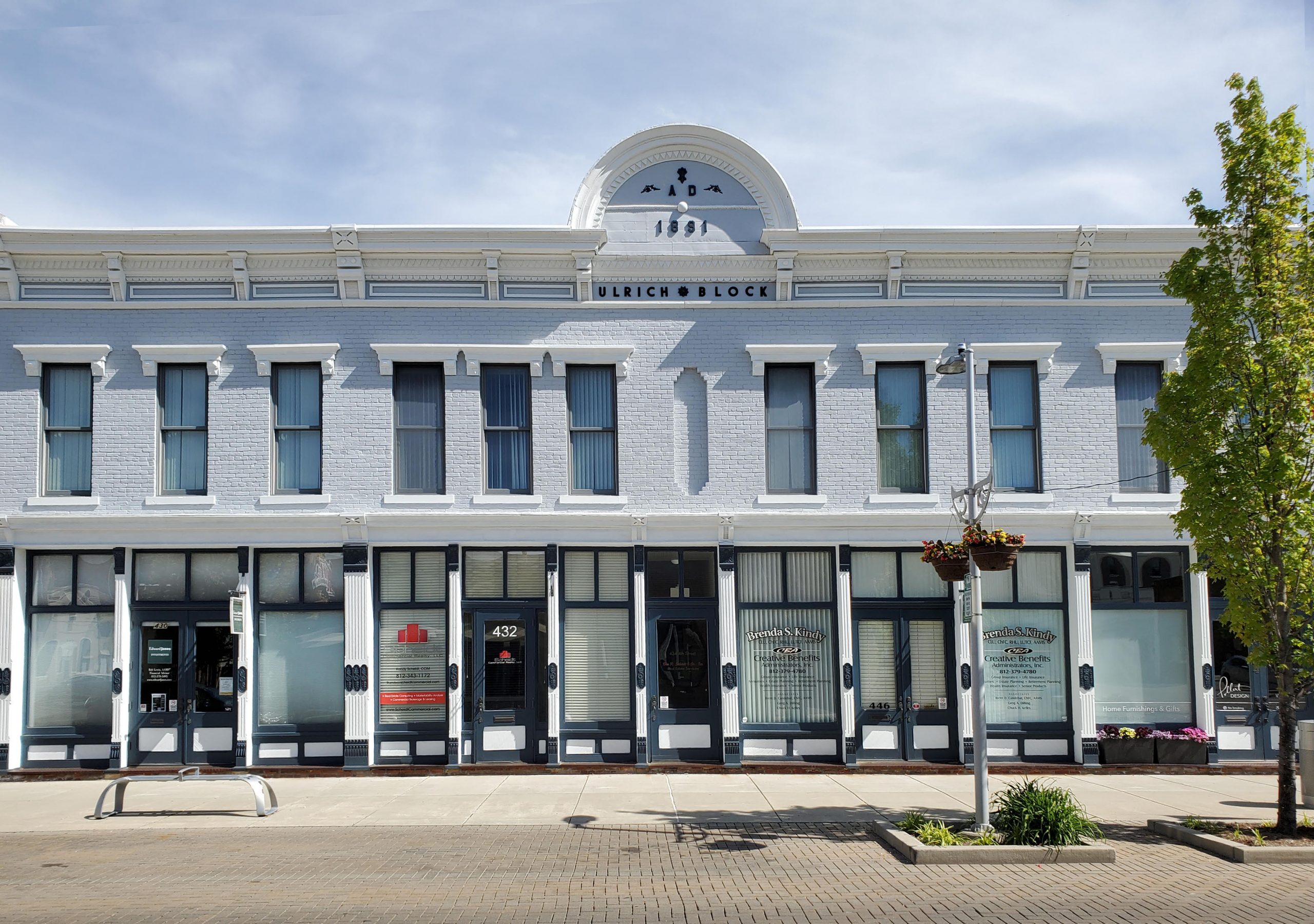 The current owners, Randy Scheidt and Scott Owens of R & S Landmarks, purchased the building in 2021, after leasing and managing the building for nearly forty years.  They renovated the building’s facade and interior in the 1980 and the 2nd floor was renovated as residential units in 2022. You can view the floor plan on the History page.

The Ulrich Block building has always had commercial use. It has been home to numerous businesses and four bakeries. Shortly after Frederick Ulrich bought the property in 1856, he started his own bakery, where he was tasked with baking bread for the Union Army during the Civil War.

The photographer who took this colorized photo in the 1870s used the courthouse as his vantage point. You can see the front of the Ulrich Block building in the lower-right of the image. The strip of road in the lower-left corner is Washington Street. Left of center, near the top, is First Presbyterian Church. 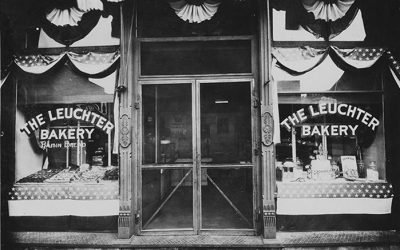 On December 20th, 2021 Ulrich Block Co-owner Randy Scheidt had the opportunity to meet with former Leuchter Bakery worker Dick Bray. Dick worked in the bakery around 1928.

END_OF_DOCUMENT_TOKEN_TO_BE_REPLACED 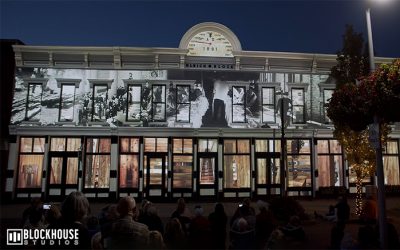 Watch the full video presentation of “Our Stories Illuminated.”

END_OF_DOCUMENT_TOKEN_TO_BE_REPLACED 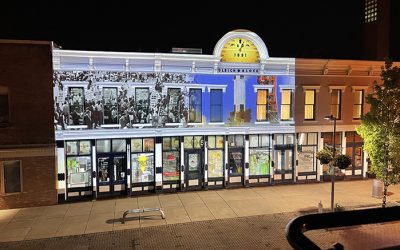 “Our Stories Illuminated” is a special effects video presentation planned for Columbus Marathon weekend in late September 2021. The Columbus Area Bicentennial steering committee has commissioned Blockhouse Studios for this show to be displayed on the Ulrich Block Building downtown.